Setting up a VR-UX Testing Lab 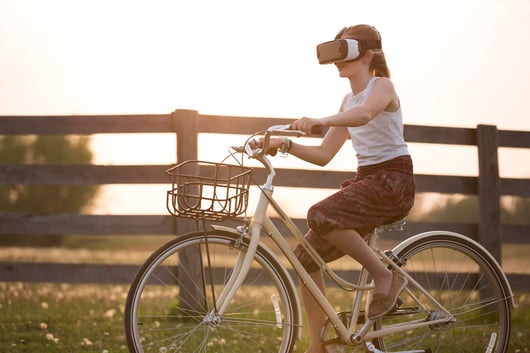 Several decades ago there was the infamous “Internet boom” and now it seems we are going into the “Virtual Reality boom”. While in the beginning its uses were initially focused on gaming, VR is becoming an increasingly bigger market and it now has applications in social networking, science, and research. UX Research specifically has a lot to gain from incorporating VR into its practices. Using VR within a research setting allows the researchers to be able to put participants in a virtual space where they can be exposed to essentially anything goes beyond current limitations while keeping their participant in a safe and observable environment. This opens the doors of research to be able to accomplish a wide variety things that previously were only investigated by having participants fill out questionnaires. Now we can put participants in a virtual environment and obtain data that is as close to real world as ever before, allowing for much more in-depth collection of data.

At Key Lime Interactive we are very interested in the ways that VR can be incorporated and can benefit UX research. There are many different applications of using VR for UX research. One example of using VR to conduct UX research would be putting participants in a retail environment and seeing how they move around, what they look at, and how they would behave. Without using VR, researchers are limited and can only ask questions about the experience, brand, what the participants think about the store, maybe show pictures or ask what they remember about the stores. Now VR allows the participant to experience the store in real time, with whatever possible changes are being tested, all from a remote location that researchers are able to observe completely and collect much more in-depth data on the participant's overall experience. When realizing the many applications of VR in UX research, it is imperative to understand the many different technologies that are available in regards to VR and what is necessary when setting up a VR UX testing lab.


One of the key aspects of VR is the technological equipment necessary to create VR. The VR headset is the first, and arguably the most important, part of VR UX testing. Over the last year or two, many headsets have come out, at various price points and for different markets. Therefore, instead of ranking all the different headsets, we are going to concentrate on the ones we believe would be great for testing. Specifically, we are looking at the data it can provide, participant comfort, and ease of use for UX research.

Below are the various breakdowns of the VR headsets currently on the market and their capabilities: 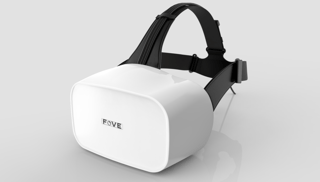 Fove 0 is a headset for “Developers, Creators, and Researchers”. This headset has all the basic VR abilities, but also provides many additional features that are especially useful in UX research. First, the Fove 0 has an HDMI connection which provides an easy way for researchers to watch what the participant is doing in real time. Probably the biggest advantage of Fove 0 for UX research is the use of eye-tracking. The Fove 0 has an infrared sensor inside the headset that monitors the user’s eyes and highlights where the participant chooses to focus on. Researchers are able to know exactly what the participants are looking at and are able to incorporate it into their findings. The Fove 0 is also extremely lightweight, weighing less than 1.15 lbs, so participants sould be able to wear the headset with ease for an extended period of time.

Overall, the Fove 0 is the most research-focused VR headset currently on the market.

The Oculus Rift was the first big name in the VR headset industry and remains as the best all-around solution, but is more focused on gaming and recreational applications of VR rather than research applications. Since this was one of the first VR headsets to debut on the marketplace, it does have the advantage that most applications or games are already made to work on the Oculus Rift.. The Oculus Rift has Touch Controllers that really help user’s move around the VR environment so this would increase any participant’s comfort with using the technology. The Oculus Rift also tracks their users in space which again provides researchers with greater capability for understanding the data. In terms of UX research, using the Oculus Rift would be beneficial due to its HDMI output and overall capability

The Oculus Rift provides a great VR headset, arguably the best and most capable, but because it is primarily made for gaming, it may lack specific research needs depending on the study being conducted. 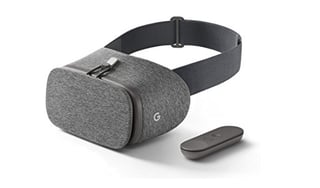 
At $79 the Google Daydream View is one of the lowest priced VR headsets out there, it brings great value with its easily developed apps that are accessible with just an Android smartphone but is also limited by the smartphone’s capabilities.

Again, we are framing this in the context of UX testing, but the HTC Vive and the Sony Playstation VR headsets deserve an honorable mention. Much like the Oculus Rift, they are primarily dedicated to the gaming industry and are focused on addressing the needs of gamers more so than researchers. Therefore, any issues that one would encounter with the Oculus Rift in a UX research environment, they would probably encounter similar issues with these other headsets when used in a research environment.

Once you decide on the headset that your project would benefit most from, the next step is to develop the environment necessary. There are many tools available to aid in this, but there are two that are being focused on, one being primarily for developers and the other designers.

Unity– Depends on Needs but there is a Free option

The biggest name in VR development is Unity, not only for their software but their content. Their software provides developers with a way to build VR applications in C#. Unity is focused on games but because users can code whatever they need, a developer is not limited to only building games. Unity has also become a bit of a ‘hub’ by connecting their users to events across the world, providing blog posts, and creating a lot of content to help those getting started with Unity or VR so that they can quickly start building new products. In the scope of UX testing, this is great because it means there is a community available to help when building whatever the research needs, but may not be great if one does not know how to program. 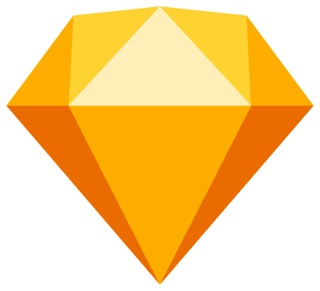 Most, if not all, UI designers should be familiar with Sketch, as it is the digital design software targeting UI and UX. By using Sketch with the GoPro VR Player, a free 360-degree content viewer, and a VR headset, designers can create VR environments and easily test it. This allows for UX researchers and designers to create tests without working with any code. The strength in this is that it provides a quick and easy way to test environments which can later be changed and manipulated easily.

There are benefits to both methods, it really depends on the research team’s abilities and needs in regards to the specific  research they are conducting. Aside from the two that are mentioned in this article, there are a great deal of tools available to help create a VR environment, such as Unreal Engine, although they are seen largely as a gaming engine. Also, many of the different headset manufacturers provide an SDK (Software Development Kit) so those should be considered as well when looking to develop the VR environment.

READ MORE: How We Can Leverage Virtual Reality to Gain Better Insight, Facts About Mobile Phones, A Brief History of Human-Computer Interaction, Strategies for Usability Testing with VR, What's The Difference Between VR, AR and MR?